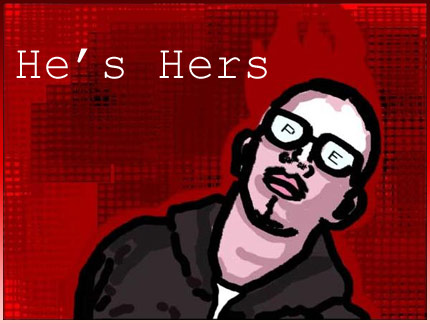 New track from Bostonian Chris Brown a.k.a. He's Hers, It's Retarded. The song features production from his younger brother Pips, whose sample-heavy production continues to impress me. As for Chris, an emcee with some great beats of his own, he once again delivers with a tale of love gone bad, even managing to flip a mangled bilingual turn of phrase ("Au contraire, mi amore") into something that sounds dope.

Here's a preview of the track:

He's Hers - It's Retarded (produced by Pips)


Stop by his site, heshers.wordpress.com, to download the full track. He's got a few other songs you can listen to while you're over there, the best of the bunch being an instrumental, Kendricks.

We've had two previous features on He's Hers, which include a couple of his other songs you can download:
Vanity Press
About The Author.