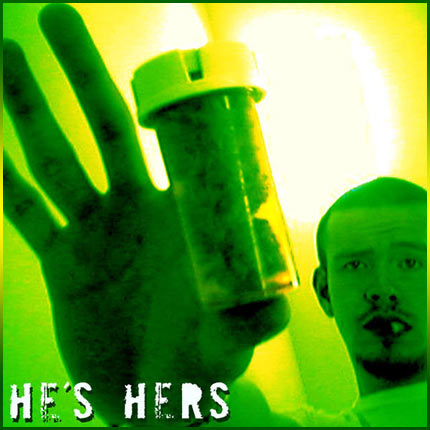 While the mainstream hip hop scene has been fairly quiet this summer, with the major labels holding back their biggest album releases for later this fall, rappers on MySpace have continued to pump out an almost overwhelming amount of remixes, covers and original tracks. Everyone from underground legends to kids rapping over the first beats they made in fruityloops have a page on myspace promoting their music. The upside of this is that it has become a lot easier for new artists to get their work out there for people to listen to. The downside is that, with the accessibility of the site having lowered the barrier to entry for aspiring rappers, MySpace is flooded with some really bad music.

Every now and then, though, I come across an artist that I've never heard of that justifies the existence of MySpace. In this case, the artist is rapper/producer He's Hers. ""He,"" in this case, being Chris Brown (no, not that one). ""Her"" would be the same girl that Common fell in love with back in the day, Hip Hop.

Chris' background reads like the itinerary for a season of the Amazing Race, and it has no doubt had an impact on the music that he produces. Born in New York, he moved with his family to Dar Es Salaam, Tanzania, before returning to the States and eventually New Orleans. After Hurricane Katrina came through, he moved up north where he currently resides, putting the finishing touches on his upcoming album Clemency. Influenced by everything from British dj Giles Peterson to Filipino rapper Francis M. to the Native Tongues movement, his sample-heavy tracks fit right in with the boom bap rap era that he claims allegiance to.

He's got some great stuff and after listening to the many instrumentals he has up on his site its clear his real strength is in production, but his best effort is on Vanity Press, where he is both the producer and the rapper. The track flips a sample from Darondo's Didn't I (which you can listen to here) over a beat that Chris produced himself. Have a listen:

He's got a bunch of songs and instrumentals available for free download on his website, heshers.org. If you're on myspace, hit him up and check out the song his younger brother produced, You Are There.