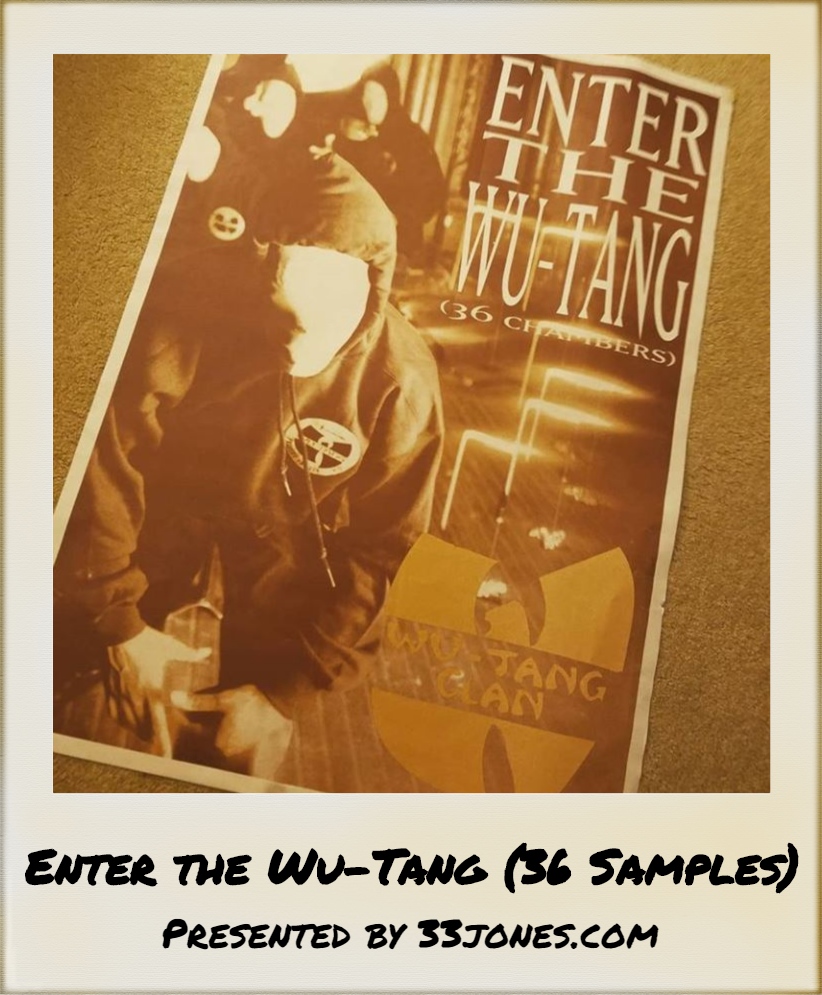 You don't need me to tell you that the Wu's debut album "Enter the Wu-Tang (36 Chambers)" is a classic, and you already know RZA is a musical GZA genius. What you might not be aware of is all of the samples RZA used for the production on that album, and I'm hoping that's enough incentive to check out the mix I put together. There are a few musical references I missed - the amount of callbacks to other works that Method Man makes in his self-titled song would be enough to fill at least an hour's mix on its own - but I did manage to grab the 25 or so songs RZA sampled for the beats themselves plus a few bonuses like the Hall and Oates inspiration behind Meth's chorus.

Here's the tracklisting for the mix, which I have creatively titled Enter the Wu-Tang (36 Samples):