From Flatbush to Philly - An Interview with Curly Castro (Part 1): 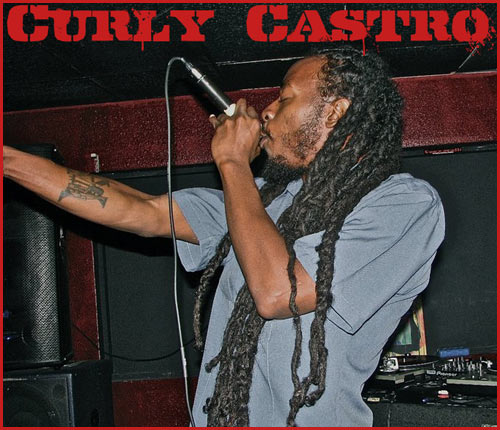 As mentioned yesterday, Philly emcee Curly Castro is about to drop his latest album, Winston's Appeal, this Friday. To help promote the release, Castro agreed to take some time out and answer a few questions for us. As with most of the interviews done on this site, it was conducted via the internets, and I've left Castro's responses unedited aside from adding in a few links. Part 2 of this interview will be put up at the end of the week. And be sure to check the end of this post for two more singles off of Winston's Appeal. On to part 1 of the interview:

First off, can you give us the science behind the name "Curly Castro"?

I'm a big Fan of Marilyn Manson (go head, ask about me), in particular the duality of his name. So Curly Castro is my version of the yin-yang within. The Curly is the sarcastic, the playful, what the Ladies like to call the Kid. The Castro is the despot, the Revolt, the depressed Pharoah. Or something like that...

Let's talk Flatbush hip hop for a minute. If I'm getting the timeline right, you were born and lived there through the 80's and the first half of the 90's when the area really seemed to peak as far as the groups that were coming out of the neighborhood: Fu Schnickens, Bush Babees, Cella Dwellas, East Flatbush Project... Can you talk about what the music scene was like while you were there, and how much, if any, influence that had on your own development as an emcee?

Well to be honest, I wasn't Rhyming back then. But I was thoroughly influenced by the Era. My peers and I were the First True Hip-Hop generation to emerge from the Mecca. Hip-Hop was on the walls, in the Air, in the Slang, all over your gear, it was the way you Balled (played Basketball), it was how you would talk to a shortie, it was inescapable. So every breath I took between '77-'95 in Brooklyn, I would inhale Hip-Hop. And when I decided to be an eMCee in '96, I just Exhaled.

And while we're on the subject of Flatbush, greatest emcee to come from the neighborhood: Special Ed, Chubb Rock, Busta, Talib Kweli or Shyne?

Hands down, Busta. The Coming was just that, his coming Out Party. And Flatbush was where the Party Started. Chubb and Special Ed definitely lit the Torch, but Busta swallowed said Torch and breathed rapid-FIRE. Kweli, while I respect his achievements has been disappointing me lately, and that's all I have to say about that. And Shyne fell for the Okie-Doke we like to call Puffy.

After Flatbush you went to college in Philly? What school?

I attended Temple University. And a Nigga graduated too. Ha Ha!

You studied Philosophy, correct? Did you plans at the time to eventually have a career in music? I ask because I'm wondering if what you studied had any impact on how you developed as an emcee?

My Philosophic Studies empowered me with the Ability to Question. Don't take things for face value, Investigate. So it made me question style, substance, rhyme & reason. And if anyone casually listens to my Style, it's readily apparent I don't write like Every Tom, Dick, and Harold Miner emcee out there.

Who's your favorite philosopher?

Hume is one of my Favorites. He subscribed to a belief rooted in the Power of Nature & Earth. I defer to Mother Nature consistently, and know her to be All-Powerful. So his lessons resonated with me the Most.

One last question related to the subject of philosophy: On your upcoming remake of GZA's Unexplained/Homeless Swordsman [More details on that in the near future...], you drop a couple of references to the Nation and the Tribe of Shabazz. Are you a Five Percenter?

I personally am not a 5%-er. But I studied with a lot of my Peers who were. But the Discipline was alive and Kicking as I grew up. Master Fard and Clarence 13x were brought up frequently when cyphers got Deep. I was just too young to apply the Knowledge. But alas, after all the logic and the Theory...I'm a non-denominational Prophet-in-Training, under the watchful eye of the Most High. (I wanna be like El Hajj Malik El-Shabazz when I grow up.) I Do adhere to some of their hard-wired tenets like: the God within us All.

Getting back to the subject of school, a fair amount of the people reading this site are college aged kids who are just getting into music, and I'd like to hear if you have any advice for a kid who's still in school and is looking to have some sort of professional success as an emcee.

First off, don't fall victim to all the detractors, who will attempt to assassinate your character. It goes without saying "Believe in Yourself", all I have to add is, Use all of your intellectual Resources!! During your years of Academia, apply what you learn everyday. Am I a better emcee because I'm well-read? Hell Mutha-Phucking Yes! Am I more Malleable to situations because of my Street Intellect? Hell Mutha-Phucking to the Yes. Everything you absorb through Osmosis will help you construct a well-balanced Rap alter-ego. Whatever that means...(Laughs Maniacally)

You now seem to have split about equal time of your life between NY and Philly. I'm curious as to which city you consider to be "home" at this point. As a test of where your geographical allegiances lie: Sixers or Knicks? Eagles or Giants? Flyers or Rangers?

My Skin is made of New York. But I am a Philadelphia Transplant. So I casually follow the Eagles and Sixers. But I am a Bronx Bomber at Heart, an Uber-Yankee fan. I also am a Supreme Fanatic of The Jets (since before Al Toon), and The Oklahoma City Thunder.

Can you break down the timeline on how you got your start in the Philly music scene?

I entered the Labyrinth of Philadelphia in '95. In '96 I started rapping Seriously. And I would say I became a Professional Recording Artist in 2000. I used to run with the powerhouse called Bohemian Fifth, received some critical acclaim for our Debut Album "We The People...", then we disbanded shortly after. Ridiculoid. After that I was co-founder of SquadZilla, an artist collective built on support and shared resources. After that fell Apart (sensing a theme here?) I set out on my Solo career in '08, and never looked back at Gommorah. I appreciate those experiences and gleaned from them all. All played a part in the creation of my current Infrastructure.

And that concludes part 1 of the interview, but we're just getting started! In part 2, coming this Friday, Castro discusses the upcoming album, kicks some knowledge about the antebellum south and shouts out half the population of Pennsylvania. Stay tuned!

In the meantime, here's a couple of cuts off of Winston's Appeal: 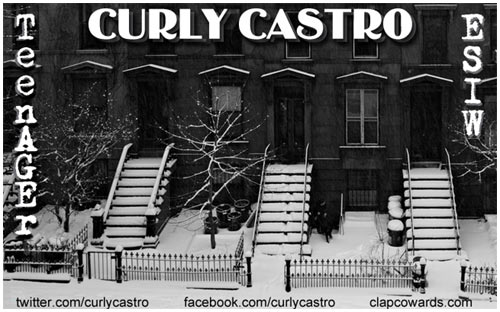